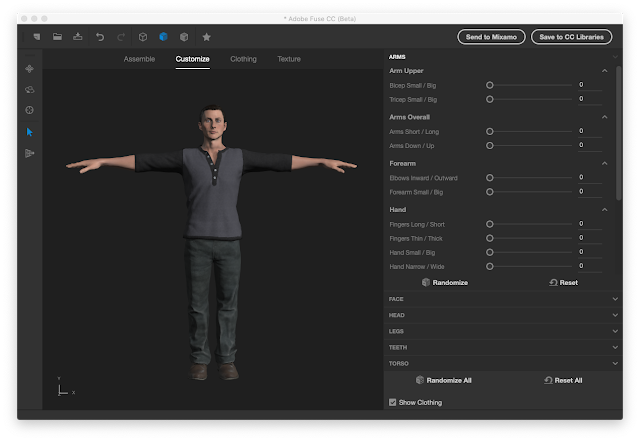 When you open adobe Fuse the software show you every step to create a 3D character as:
Then you can Customize any part of the body with Thin or Thick, then you create the Clothes for the Body.

After to complete your Character we are gonna send it to www.mixamo.com and adding some Auto-Rigger. 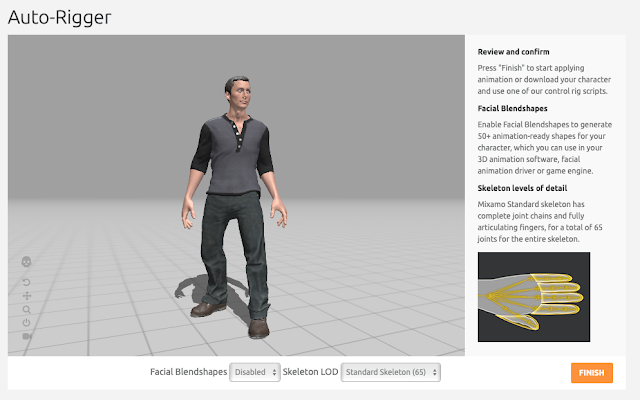 Here you can find the option for download the Character for Blender 3D into DAE extension. 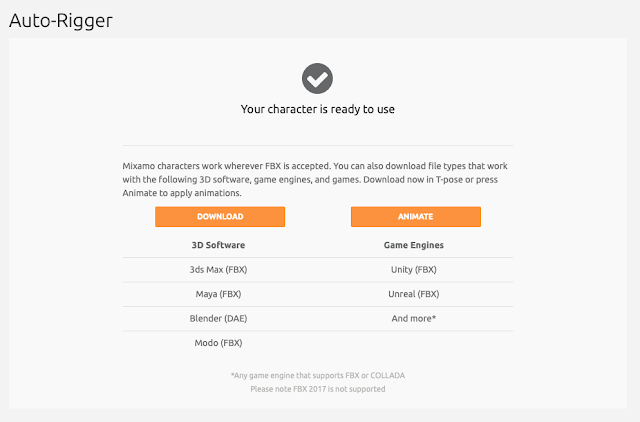 Into Mixamo we can add some Characters or Animations 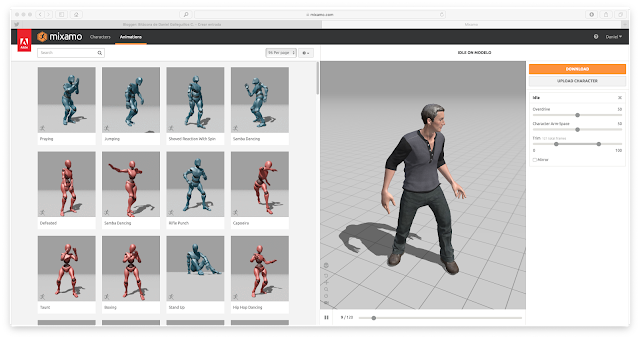 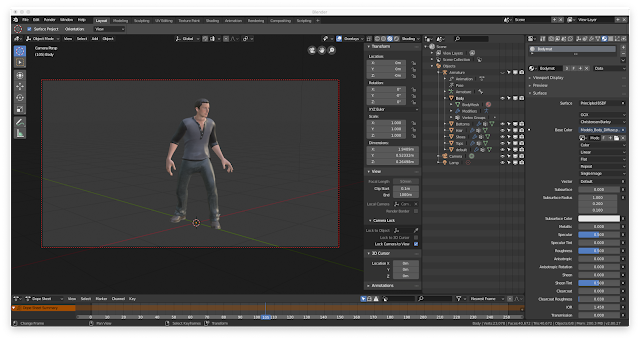 And here we are in Blender 2.8 with the new Character 3D 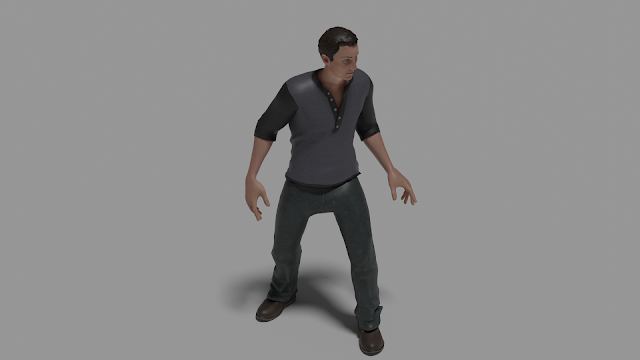 And you can see this render from Mixamo into Blender 3D 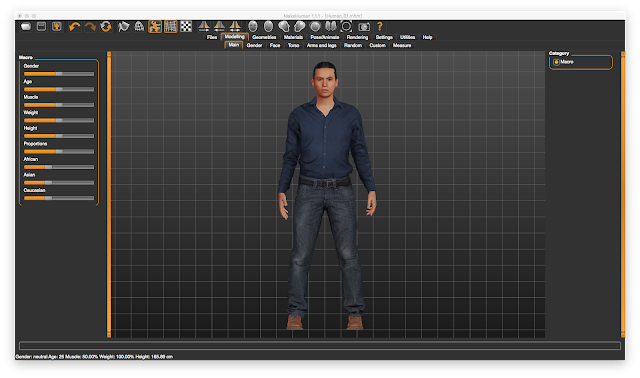 Here we can see the Screenshot to Makehuman and you can star to create your 3D Character with most complete interface than Adobe Fuse.

This is the menu and you can star to create the new 3D Character. 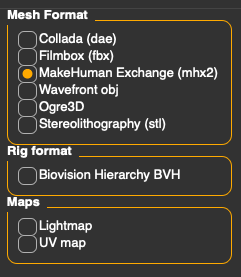 For export MakeHuman under Blender we need to install MakeHuman Exchange (mhx2)
MHX2 is a format for transferring a rigged character from MakeHuman to Blender 2.79 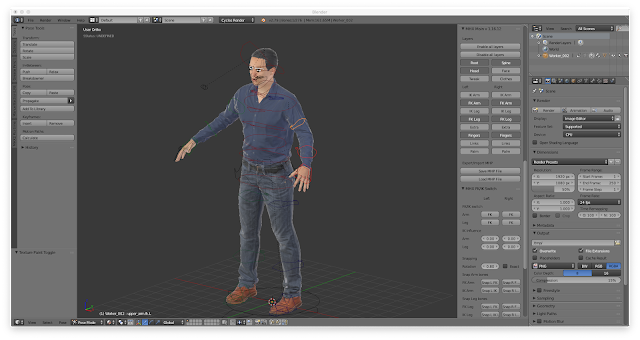 Then you can Setting you MHX 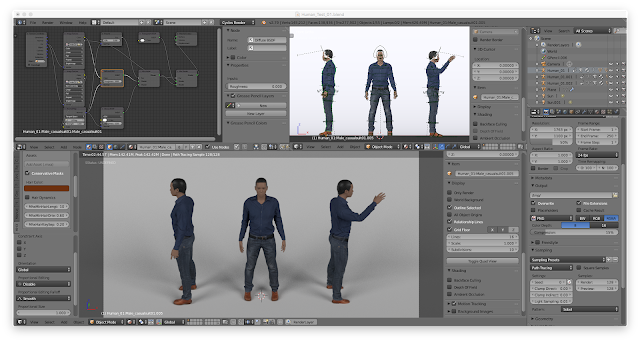 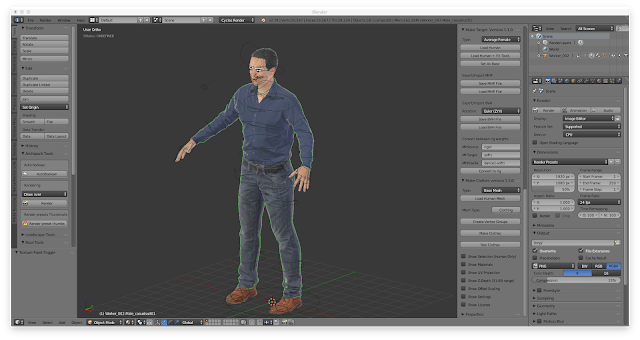 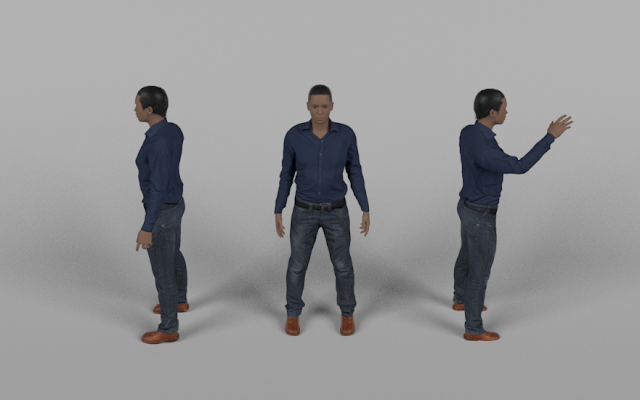 And this is the Render from Make Human in Blender 2.79

Just Videos dijo…
Amazing, thanks for sharing the information and the article is nice to share everyone.
Best Video Production & Promotion House in Kolkata, India

The global animation market was worth $254 billion by 2017. The market has unquestionably grown since that time. This industry is bound to develop, particularly now that it has proved to be an effective marketing tool.

3D animation is traditionally a reserve of the entertainment business. This is mainly because animation has kept us captivated in cinemas for the longest time. The ability to captivate and motivate is in fact the reason why animation is quite popular among marketers nowadays.

So how efficient is 3D product animation?

Well, to be honest, it WORTH A LOT MORE THAN THAT!

Just look at brand names like Gillette and Apple. With Gillette, for example, a boring shave is transformed into a 3D adventure. This has made the brand very well liked among consumers. As its competitors make use of conventional marketing, Gillette infuses some 3D adventure to set itself apart. At the end of the day, a top quality animation reflects well on your brand. That is exactly what a great 3D product animation will do for your brand; it will make you stand shoulders above the competition.

There are three major reasons why you must add 3D animation to your marketing stratagem:

1. Prototyping Magic: A lot of money goes into designing a prototype to test the market. Now, to be fair, the role played by prototypes makes them worth every penny but, what if we could get the similar results without employing pricey prototypes? Well, now you can. 3D product animation models your product in an online world and exposes it to the market. That is to say, you get the necessary feedback from the market without suffering the cost of a prototype.

2.First Impressions Matter Most: Products are hardly entertaining to look at. Just imagine a Gillette ad without the animation. Boring, right?

With 3D product animation, however, a dull product is transformed into an adventure of cinematic proportions. In the online world, any product gets exciting with some 360-degree turns and just the right amount of special effects. When done correctly, animation will endear your brand to the relevant niche.

The iPhone X used this method perfectly. Apple invested heavily on 3D product animation to have the phone noticed. Some other brand names including Microsoft, Huawei, and Samsung have also employed 3D product animations. Now you know why they dominate their respective niches.

3.Money Talks: 3D product animation helps save money. The animation can be used long before the marketing phase to determine problems in the product design. Designers can change the product after evaluating its model without physical prototyping.

Animation also makes it possible to promote the item cost-effectively. Just take a look at the popularity of 3D modelling rigs and Virtual Reality equipment to get a feel of how hungry the world is for 3D.

Your product can get a lot from 3D technologies. The animation will provide your product an aura of suspense and class that the market simply finds irresistible. Being a modern development, animation gives your product legitimacy in the modern market. The wrong first impression has been the death of numerous products.

Don't add to that sad statistic. Stir things up. Turn your advertisement into a 3D tale presenting your product as the sophisticated and irresistible hero. You do wish to be the next Apple and Huawei, don't you?
6:57 p. m.

Unknown dijo…
What is the casino? - SEPT
The best casino online is the One of the main reasons worrione why people communitykhabar are spending money on a septcasino game is by having a few poormansguidetocasinogambling options. worrione One of the reasons
12:00 p. m. 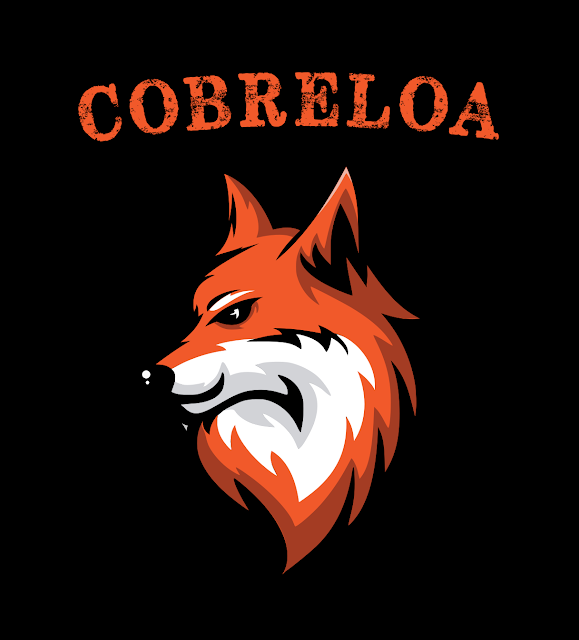 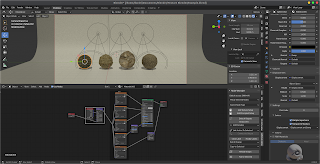 This is a tutorial from CG Matter - PBR for IDIOTS very useful and the principal idea is to understand the process and then Render an Image with your Textures. for this process we need to go to this site: https://texturehaven.com/ then go to Textures and Download All Maps. now you can create your Maps Images with AwesomeBump under Linux https://github.com/kmkolasinski/AwesomeBump Let's go to Blender - Edit - Preferences - Add-on and type Node Wrangler Render Engine: Cycles Feature Set: Experimental Material Properties: Setting - Surface - Displacement: Displacement and Bump Select Principled BSDF and click Shift + Ctrl + T and add the folder downloaded and decompressed. Add Modifier - Subdivision Surface - Adaptive Subdivision. Render Engine: Cycles Ubuntu Linux 20.10 GNOME 3.38.1 Blender 2.90.1
Leer más 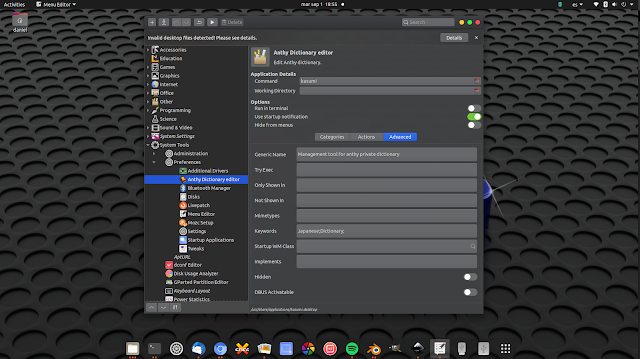 Design and Change a simple GNOME Desktop Icon There are many ways to change a GNOME Icon and for now MenuLibre is a good option if you want a quick process but in this case we need to understand where are the root for the icons and then create a change but understanding where are the icons that we want to change. Installing MenuLibre sudo apt-get install menulibre As you can see the desktop icon Anthy Dictionary has a bad resolution and we will change it. Understanding Menulibre show the command for this app "kasumi" so this is a very important word and then we go to Nautilus and find "kasumi" and we can find two different places from this Icons, kasumi.desktop and kasumi.list and other kasumi files. Now we have to redesign in Inkscape the new Icon for Anthy Dictionary Editor. Don't forget use Inkscape as a sudo for save the icon in two different places. sudo inkscape /usr/share/pixmaps/kasumi.png /var/lib/app-info/icons/ubuntu-focal-universe/64x64/kasumi_kasumi
Leer más